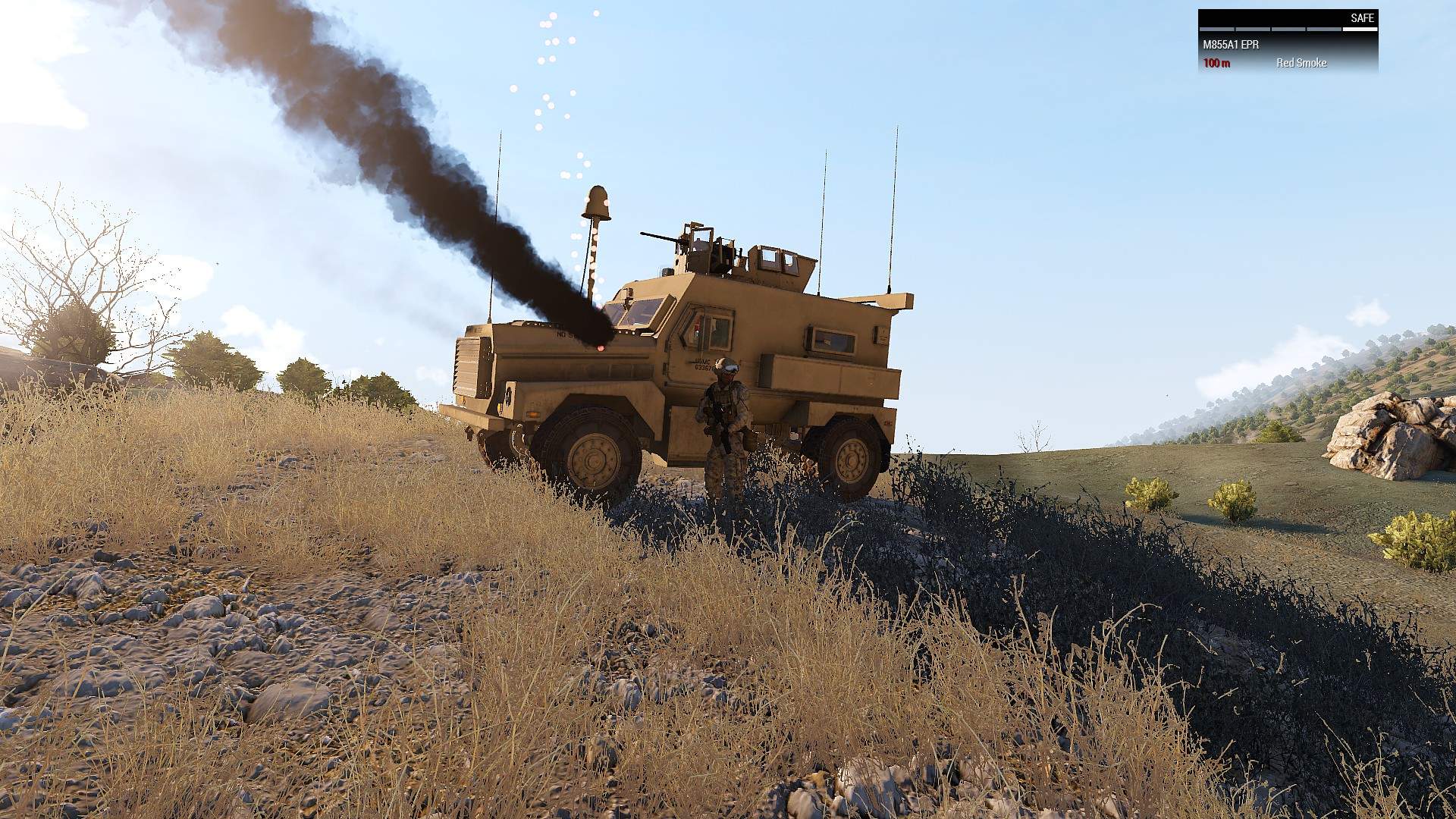 Bad news for @Amentes and @Johnson as @Jochem is giving his best to claim this years "Worst Driver Award" by not just flipping a HMMWV or Prowler but an MRAP instead and even making sure that after unflipping it the engine keeps burning! You really habe to step up your game guys!